-- Can Work On Any Data Platform with Enabled Consumer Electronics Device --

October, 2013, Washington, DC -- In a significant development for the protection of intellectual property transmitted over the Internet, broadband, or wireless networks, the US Patent Office has granted Beyond Broadband Technology (BBT) a core patent, comprising 202 individual claims, for consumer electronics hardware technology that protects the transmission of electronic data in a new, flexible and highly secure way. Using an inexpensive secure microchip, the unique technology can be incorporated into televisions, tablets, smartphones, computers and numerous other consumer electronics devices from multiple manufacturers.

The BBTSolution™ is the first hardware technology to be patented that establishes both a secure communications path without the need for a trusted authority and offers user-controlled downloadability of customizable conditional access and encryption protocols.

Hardware-based security systems, like those used in banking and international money transactions, have long been considered more secure than those relying solely on computer software. The hurdle to broad consumer electronics adoption of a hardware-based system, however, has been that those systems tend to be proprietary and require a "trusted authority" to store and certify the secret keys used to decrypt the transmitted data. Competing consumer electronics manufacturers, data service providers and intellectual property owners have been reluctant to trust each other or a third party with the necessary confidential information required to authenticate or secure the keys. The stored keys are a prime target for hackers, and the hardware has remained exclusive and expensive.

The newly patented BBT technology eliminates the need for a "trusted authority" or storing any keys. The transmission provider of the video or data remains in total control of the authentication, conditional access and encryption of the content. Security is increased by the fact that neither BBT nor the provider knows or has access to the "private keys" used in the process. Stored keys cannot be hacked, divulged or stolen because there are not stored keys.

The BBTSolution™ technology enables the creation of unique symmetrical encryption keys for each new connection between transmission and receiving devices. When the communications path is terminated, so are the keys. The Patent includes methods and systems for downloading provider-selected transmission key security and encryption. Since the new technology separates the establishment of a secure communications path from the data access or use conditions and encryption, the provider can control and alter the content security design as often as desired. This creates a second level of provider-selected software security in addition to the hardware-secured communications path.

The new approach allows, if desired, the same microchip-enabled consumer device to be used for many different types of hardware-secured transactions. A tablet or smartphone, for instance, could be used to establish a link for electronic health records and then link to a video provider for streaming a newly released movie, with both the medical facility and the movie provider employing the same high-level security hardware. The encryption, authentication and content control, however, would be entirely different, and each provider of content or data would have total control of the level of security deemed necessary. Encrypted video content, for instance, might be made viewable only while there was a live, secure communications link.

The technology can be used on any transmission platform, including:

It can be used in a wide variety of ways, such as:

"This downloadable hardware approach enables a whole new level of security," said Bill Bauer, BBT's CEO and Chief Technical Officer. "It's what anyone manufacturing devices or distributing electronic data communications has needed for a long time - an open system diverse parties can use to protect data and intellectual property going to the same device without the traditional need to trust that security to someone else. Given current headlines, we're very pleased that the U.S. Patent Office has recognized how novel this technology is; new competing consumer electronic devices can be made, such as "Smart TV's," for instance, that still give different data, content owners and distributors full control of their own confidentiality and security needs."

Initially focused on a highly theft-prone environment - downloadable conditional access for one and two-way cable television system set-top boxes - the hardware, designed to be an open standard, uses an inexpensive secure microchip already in production. It takes aim at the well-accepted adage in security circles that current software security approaches such as DRM (Digital Rights Management) are, as Bauer notes, "...only as secure as the latest crop of 18-year-old hackers, and there's a new crop every year!"

The technology has already been deployed in an initial application in cable television set top boxes. It is openly available for licensing. BBT has been in discussions with multiple cable television set top box manufacturers about employing its new downloadable security approach. The Federal Communications Commission has encouraged the development and deployment of cable downloadable security, which it has recognized as a more advanced consumer electronics substitute for the older CableCARD security technology currently in use.

As examples of other potential uses of the technology, Google, Apple, Amazon, Intel, Sony and others are reportedly all looking at distribution of video through broadband connections. The BBTSolution™ could enable any one or all of them to deliver secure video content via CE devices, while at the same time offering individual program producers complete control of confidential subscriber lists and variable downloadable conditions for viewers. This could enable the development of entirely new video distribution business models. Consumer electronics devices like TiVo, Microsoft's Xbox, Google's "Chromecast," or a Roku box, for instance, could be designed to provide fully secure customized delivery of video programming or any other data. The same device could be used for various secured communications. New cell phones or tablets using biometric readers combined with other authentication could be directly incorporated into a highly secure nationwide electronic medical records model, as well as being used to view secure streaming video. Any "Cloud computing" business offering could also be efficiently designed using the same devices and high-level hardware security.

The U.S. Patent Office granted BBT Patent #8503675. An FAQ and a "White Paper" explaining in further detail the development of the BBTSolution™ are available at www.BBTSolution.com. 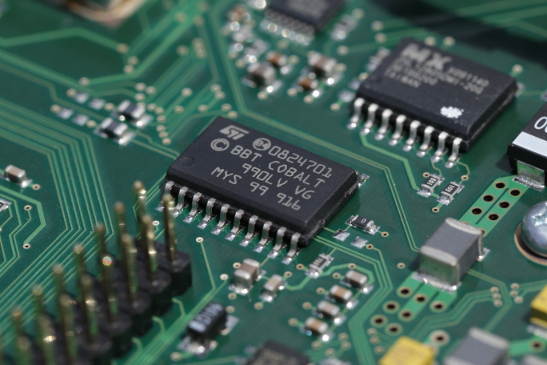